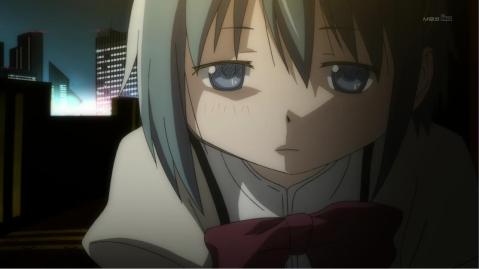 I’m sorry to post such bad news, however things haven’t been good at all at the moment. Rose who is another part of our system was fronting in order to bake a cake recipe she wanted to try and apparently kept drawing up terrible tarot cards through out the night including, 3, 5, 10 swords, the devil and death cards, in more then 7 picks. Things got much worse though after the cake was made and right before we were trying to sleep.

According to Rose Nami started to manifest extremely strong feelings of pain and hopelessness. She told Rose she no longer wanted to be here, and was done caring about living or her dreams. She told Rose she was only living now in order to help others and was getting just about nothing positive out of life. Personally I see this at least for her as worse then self harm, because it is a sign that she doesn’t care enough to even want to feel anything or look for attention of any sort. She then told Rose that she wanted Rose to replaced her, which terrified and hurt Rose even more then was previously the case. Rose doesn’t feel ready or willing to take on Nami’s role or place, and it was at this pointy that I stepped in to help her.

At first Nami was very argumentative and angry with me, something I have never experienced from her since she is generally more gentle. I think she felt my exceptions and how I was trying to organize the system was too straining her for, which I thought while not a good sign at least meant she was feeling something other then overwhelming sadness and apathy about life. I believe she feels most of all though angry at herself for all her limitations and for feeling like she isn’t capable of making connections with people and feeling scared of others. It appears though that she felt guilty after yelling at me and disappeared, now I cannot reach her.

Normally I would try to deal with such personal matters with close local friends or on my own if possible, but I am honestly unused and unprepared to deal with this issue and it is important I think to be honest about how troubling it is for us as a system. I don’t know how to properly balance the system without her, and am worried about having some way to support and show her love and give her hope. At the moment I have appointed Grey as our emotional center till I can find a better solution. I will have Grey do an introduction soon for everyone soon. She is a very wise person, despite being fragile and if I can make things easier it could perhaps help her a lot. Despite it being challenging I will try to better reach out to friends and put less pressure on Grey. If there is any help you can provide to me, Grey, Rose, Nami, or  any of the others I would greatly appreciate it.